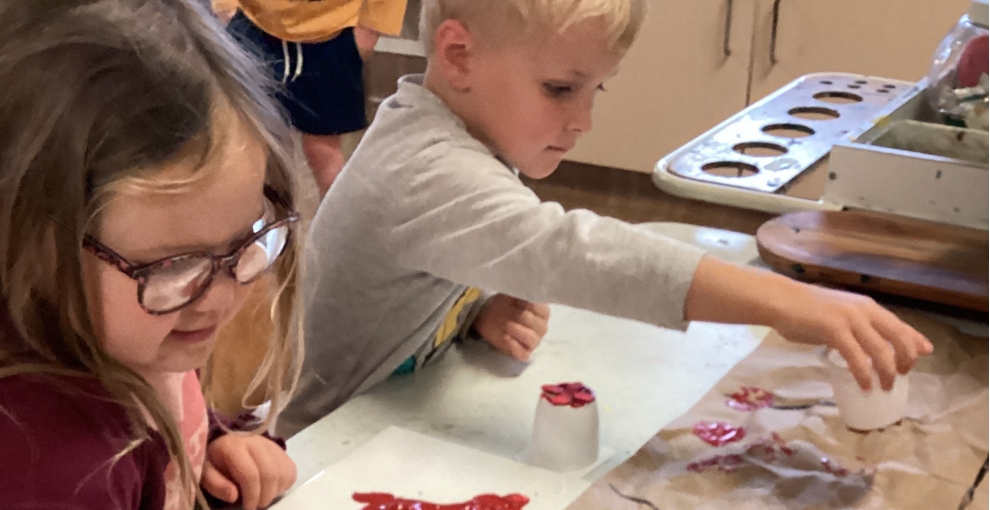 To celebrate Samoan Language week, we have been doing traditional Samoan dancing, song, pictures and including making a paper tapa cloth.

For this we firstly need to make some stampers, mix just the right colours, and carefully crunch our paper.  We knew from what we had read that tapa cloth was decorated by rubbing, stamping, stenciling, or dyeing. The patterns of Tongan, Samoan, and Fijian tapa usually form a grid of squares, each of which contains geometric patterns with repeated motifs such as fish and plants, for example four stylised leaves forming a diagonal cross. Traditional dyes are usually black and rust-brown, although other colours are known.