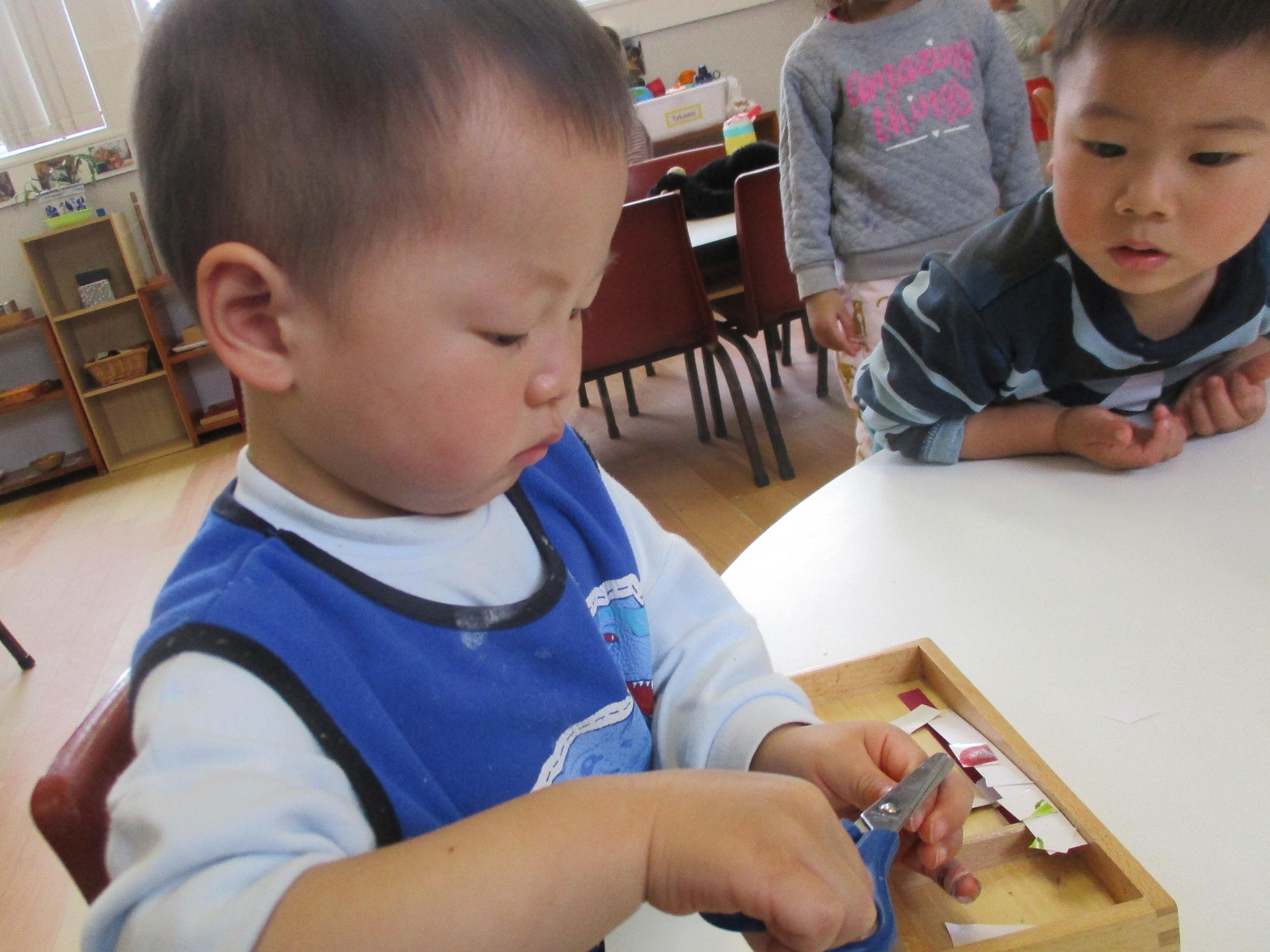 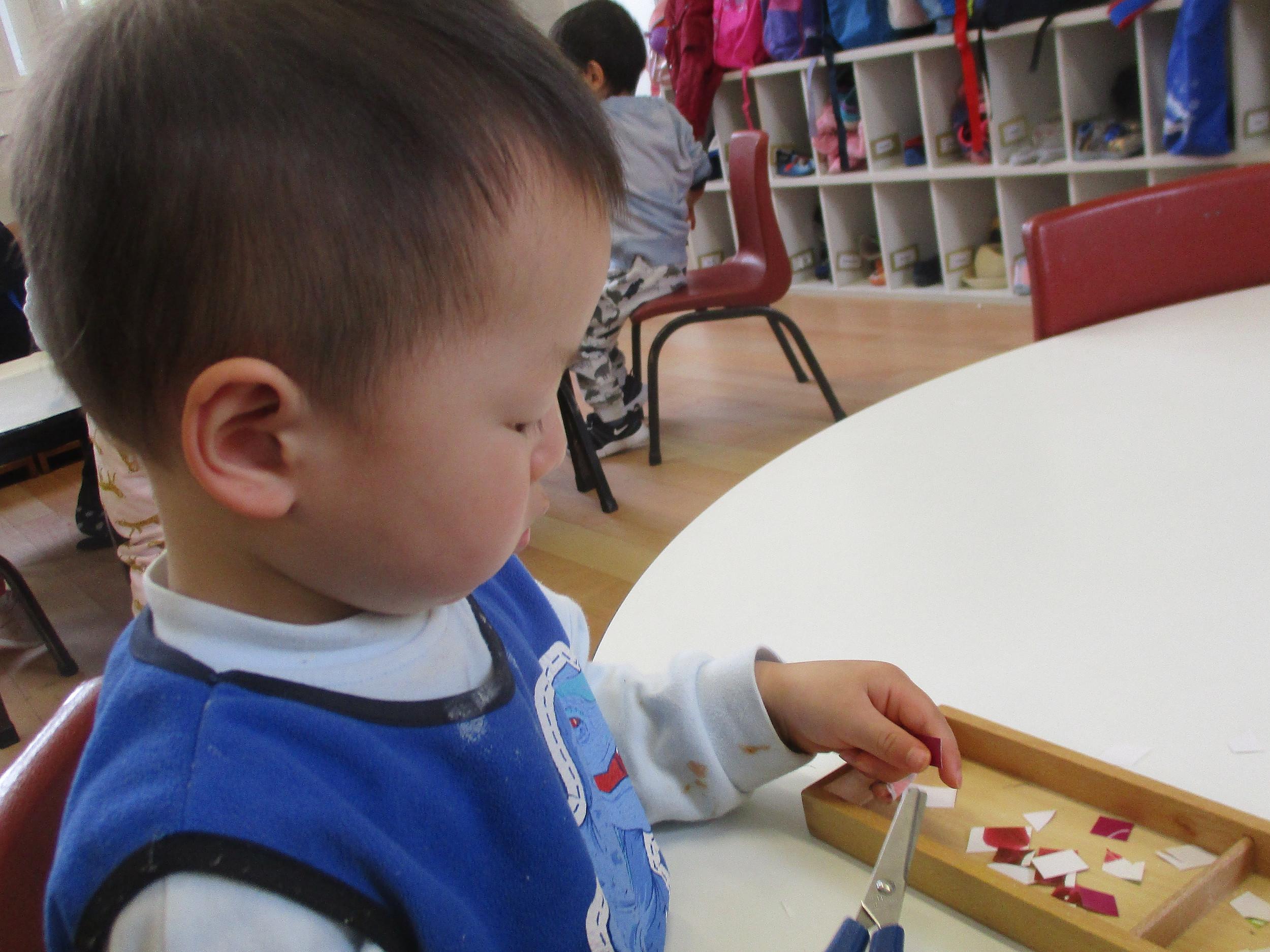 Adam, you had been showing interest in this scissors cutting activity for some time already. You would be found standing beside whoever was working at this activity and watching interestingly. This afternoon your eye lit up with excitement when I offered to show you how to do it. Adam, I showed and guided you on how to manipulate the opening and shutting of the scissors with one hand. We took a couple of minutes working on this skill before I proceeded to show you how to keep the scissors in a vertical position as this is a safe position to keep you from snipping your fingers on the other hand during the process. When you took over the scissors, you persevered to keep the scissors in this position as you snipped at the strip of paper. You went on and on one strip of paper after another. You worked in an ‘isolated’ concentration for quite a considerable period of time.

Montessori - It is in the repetitions of the activity that the child gains mastery of the skill which will further enhance his self-confidence and independence.

Adam, now that you had been shown how to use the scissors you are most welcome to return to this activity as and when you like.

The independence gained through this skill would give him the ability to be an effective participant and contributor to his learning community. (NZ curriculum – participating & contribution; Te Whariki – Contribution)